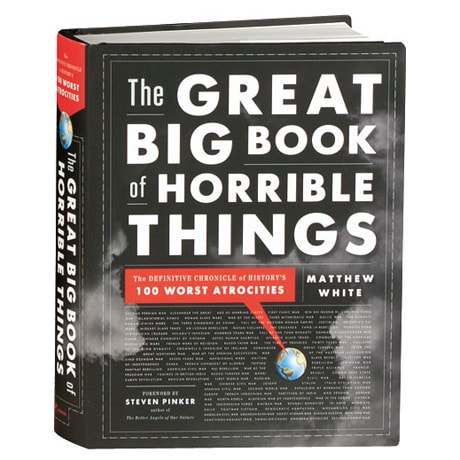 Evangelists of human progress meet their opposite in Matthew White's compulsively readable and utterly original account, an epic examination of history's one hundred most violent man-made events, ranked by deaths—or, in White's piquant phrasing, "the numbers that people want to argue about." Also the creator of the online Historical Atlas of the 20th Century, White reaches back to 480 BC's second Persian War and moves chronologically through history to this century's war in the Congo with a chapter for each event, providing hard facts (time and place) and succinct takeaways (who usually gets the blame?) with lively military, social, and political histories.