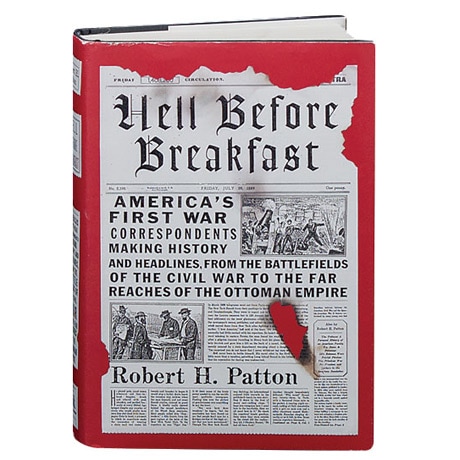 Here the author of Patriot Pirates celebrates America's early war correspondents—legends in their time, though largely forgotten today—who learned their trade in the Civil War and went on to cover imperial conflicts in Europe and Central Asia. Their harrowing experiences changed their politics and their youthful illusions of war's thrill and glory, and in some cases cost their lives. Yet they set examples of globetrotting and gallantry that would influence such later daredevils as Rudyard Kipling, Winston Churchill, and Theodore Roosevelt.

"[Robert] Patton focuses on the war correspondent persona and the band of bold adventurers who earned their keep on the frontlines in this detailed salute ... [and] revives an understanding of why these men mattered."—Publishers Weekly

"Between 1860 and 1910, when the world was engaged in conflicts from the U.S. Civil War to the Spanish-American War, adventurists and enterprising war correspondents, many of them now lost in obscurity, brought the news to the American public. Patton records the spirit of adventure as the new technology of the telegram allowed intrepid reporters to share the news more widely and faster than before, influencing political decisions about war as the public judged the effectiveness of war strategies and the wisdom of some conflicts. Times of London reporter William Howard Russell's accounts of the carnage of the Crimean War prompted Florence Nightingale to bring volunteers to the front to treat wounded soldiers. Others, including Henry Villard and the New York Tribune's George Smalley and Holt White, were among the war correspondents who inspired writers and statesmen from Rudyard Kipling to Theodore Roosevelt. Patton offers a fascinating cast of characters as he details major conflagrations and social and technological changes amid the gore of war and the prose of reporters of another era."—Booklist