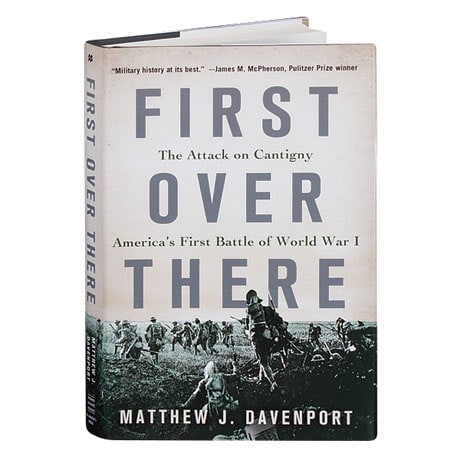 At first light on May 28th, 1918, waves of American riflemen from the U.S. Army's 1st Division—the first "doughboys" to enter the fight—charged across the shell-scarred wastes of no-man's-land to capture the French hilltop village of Cantigny from the German army. Those who survived the machine-gun fire and hand-to-hand fighting held on for the next two days and nights in shallow foxholes under the burn of mustard gas and the pounding of artillery fire. Ordered by General John "Black Jack" Pershing and planned by then-Lieutenant George Marshall, it was the first American attack ever supported by tanks, airplanes, and modern artillery, and is vividly portrayed here as the birth of the modern U.S. Army.

"From the 'creeping barrage' of artillery to the eventual American victory, the reader will hear every explosion, feel each bullet whiz past, and sometimes cry at the loss of a comrade. This is brilliant work for every library."—Library Journal (starred review)

"This story of the men who participated in the first attack by American troops in World War I is military history at its best.... The gritty, grinding, lethal nature of warfare on the Western Front comes alive for the reader in this splendid book."—James McPherson