The Dead of Summer 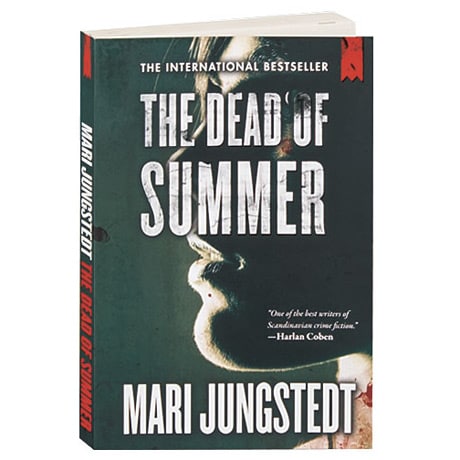 The Dead of Summer

A young father of two, vacationing in Gotland, is shot to death during his morning jog along a beautiful beach, leaving his family exposed and vulnerable, in this second novel in the series to be published in the United States (following Killer's Art). Since Detective Superintendent Anders Knutas himself is on vacation, his intuitive assistant Karin Jacobsson will have to lead the investigation—which seems to be going nowhere until a Russian tanker docks nearby and a second murder is discovered. Formerly known as a broadcast journalist, Mari Jungstedt has become one of Sweden's leading crime writers. Her novels featuring Anders Knutas and journalist Johan Berg are set on the Baltic island of Gotland, and several of their cases have been adapted for television.

"In her fifth Anders Knutas procedural, Jungstedt once again explores life on the remote islands of Sweden's Gotland province. Due to an all-too-rare vacation for the superintendent, Deputy Detective Karin Jacobsson is in charge when construction manager Peter Bovide is murdered at a seaside campsite. The victim is a faithful husband and father of two young children, and there's nothing on the surface to explain why someone would want to fire a round of bullets into his abdomen. Could he have gotten on the wrong side of the undocumented workers he'd been hiring from the Baltics? Jacobsson ably organizes her colleagues on the police force, while trying to constrain recurring character journalist Johan Berg. Short chapters chronicling the investigation are interspersed with the parallel story of German sisters who, as teenagers, visited Sweden's remote Gotska Sandön Island in 1985. Sadly, only one sister left the island alive. Another solid addition to the growing canon of Swedish crime drama, in the grand tradition of Maj Sjöwall and Per Wahlöö."—Booklist