Henry VIII: The Life and Rule of England's Nero 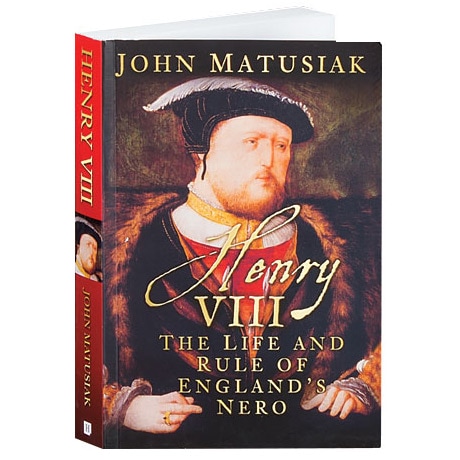 Henry VIII: The Life and Rule of England's Nero

Five centuries after he ascended the throne, the reputation of Henry VIII is generally being rehabilitated and subtly sanitized. Tudor historian John Matusiak paints a considerably less flattering portrait of the "old monster" and his reign, revealing him to be more beset by anxieties and insecurities than most sources will admit, and more tightly surrounded by those who equated loyalty with fear, self-interest, and blind obedience. Matusiak accepts neither the necessity of Henry's supposed quest for a male heir nor his need to ultimately sever ties with Rome; he was far more concerned with martial affairs than marital ones. Henry's predicaments were largely of his own making, insists Matusiak; he was not only a bad man, but also a bad ruler, who failed to achieve his aims and blighted the reigns of his two immediate successors.

"Excellent throughout, an acid-etched and bracingly caustic examination of Henry's reign that for once doesn't waste readers' time with endless petticoat-obsessions about the infamous six wives. Matusiak has bigger fish to fry than mere serial wiving; his central contention is that Henry would still have been a deplorable ruler even if he'd been as chaste as the Virgin Mary. He indicts Henry on professional grounds, as a bad king."—Steve Donoghue