Alexander McQueen: Blood Beneath the Skin 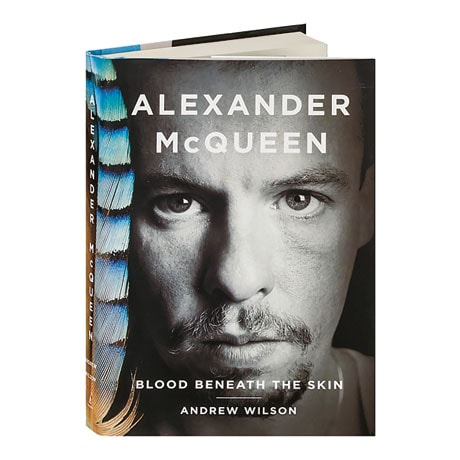 Alexander McQueen: Blood Beneath the Skin

When Alexander McQueen committed suicide in February 2010, aged just 40, a shocked world mourned the loss of a visionary fashion designer. McQueen had risen from humble beginnings as the youngest child of an East London taxi driver to create a luxury brand that became a favorite with both celebrities and royalty, most famously the Duchess of Cambridge, who wore a McQueen dress on her wedding day. But as the biographer of Patricia Highsmith and Harold Robbins reveals in this illustrated biography, behind the confident façade and bad-boy image there was a sensitive man who carried dark secrets, failed to find lasting love, and became increasingly dependent on drugs. Andrew Wilson gives us McQueen's life as something of a modern-day fairy tale infused with the darkness of a Greek tragedy.

"[Alexander McQueen] comes across as a modern-day Mozart, unpredictable, rebellious, kind, witty, clever, scatological, but always with the unique talent and creative genius shining through.... He bounds across the pages and is brought to life by extensive interviews with family and friends.... This is a deeply intelligent, fascinating book, full of insights and perceptions.... McQueen has got in Wilson the biographer he deserves."—Independent (London)

"'My work is like a biography of my own personality,' the late fashion designer Alexander McQueen said, a thought that informs the structure of this account of his life and work. Detailed discussion of his sometimes macabre runway shows reveals a man obsessed with death and spectacle and haunted by childhood sexual abuse. Wilson reads in McQueen's clothes a complicated relationship with women. Some critics, observing the near-brutality of the shows—one featured a model whose mouth was splayed open by metal braces—charged McQueen with misogyny, but Wilson sees the more extreme costumes as 'armor,' a 'sartorial force field,' and, perhaps, an invitation to empowerment."—The New Yorker

"Andrew Wilson's heartbreaking biography of McQueen takes an unflinching look at the personal price McQueen paid for this supposed poetry. This seems like a fan's book at first glance written 'with the support of the McQueen family' but it's a wonderfully readable and well-researched account."—Telegraph (London)