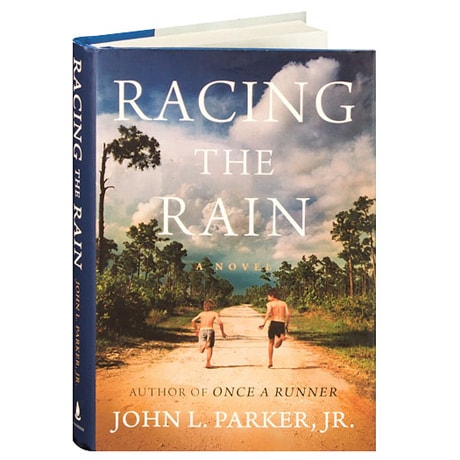 The author of the wildly popular Once a Runner—"the best novel ever written about running," according to Runner's World—and its sequel Again to Carthage, John Parker returns here with a prequel novel, the story of a world-class athlete coming of age in the 1950s and 60s on Florida's Gold Coast. Young Quenton Cassidy's first foot races are with nature itself, in the summer storms that sweep through his subtropical neighborhood. As he explores the primal surroundings along the Loxahatchee River and the nearby Atlantic Ocean, he is befriended by local eccentric Trapper Nelson, "the Tarzan of the Loxahatchee," who shares his view of running as a way of relating to and interacting with the natural world.

"From diving the Atlantic deeps to paddling the intracoastal waterways, young Cassidy develops the metabolism of a champion. Parker shows that the wilds of his beloved Loxahatchee River are just as good a cradle for a miler as the Colorado mountains or the Oregon woods. I was with him all the way."—Kenny Moore

"Much of the intrigue of the book lies in discovering how Cassidy developed into the elite runner he became, when and how his talent revealed itself, and how he came to recognize his extraordinary ability to focus, train, and endure pain with purpose. But Racing the Rain offers myriad other delights, not the least of which is the friendship Cassidy strikes up with a (real life) swamp man named Trapper Nelson.... [The book is] loaded with elegance and evocative writing ... a worthy, compelling, and satisfying conclusion to the Quenton Cassidy trilogy."—PasteMagazine.com