Jefferson's Shadow: The Story of His Science 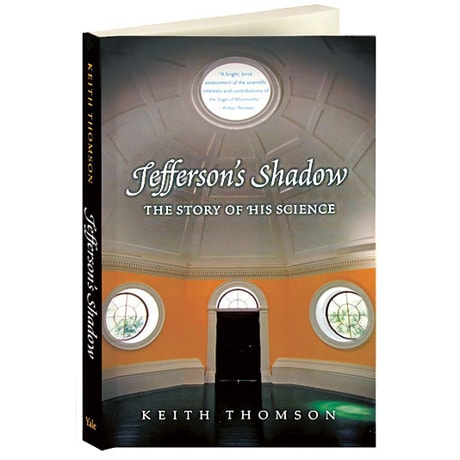 Jefferson's Shadow: The Story of His Science

Although Thomas Jefferson's boundless curiosity has often been noted, here Keith Thomson goes further to suggest that science was a decisive influence on the third president's views on politics, slavery, religion, and America's westward expansion. Praised by Kirkus Reviews as "a bright, brisk assessment of the scientific interests and contributions of the Sage of Monticello," Thomson's accessible book—which features a dozen illustrations—restores Jefferson to an Age of Enlightenment context, evaluating how his scientific observations have been either upheld or discredited over the past two centuries. The book's appendix includes a letter on the subject of climate from Jefferson to French scientist Jean-Baptiste Le Roy.