Is There a Universal Grammar of Religion? 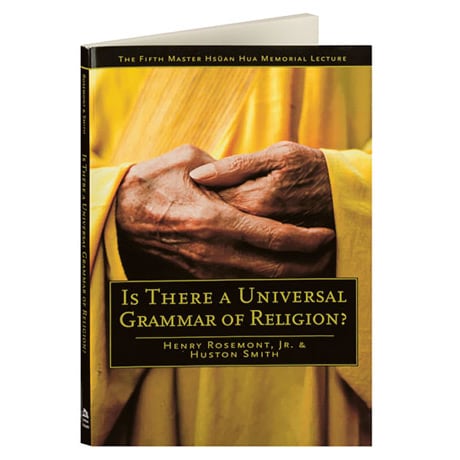 Is There a Universal Grammar of Religion?

In this insightful exploration of the essential basis of religion, scholars Huston Smith and Henry Rosemont engage in a probing conversation about the source of religious faith and practice. Smith, author of The World's Religions, argues that 14 points of similarity exist among all of the major religious traditions, indicating an innate affinity for religion within the human spirit. He likens this to Noam Chomsky's assertion that humans are "hardwired" for language, positing that we are hardwired for religious experience. In response, Rosemont explicates his humanistic vision of the world, in which the tendency to contemplate the infinite unites humanity across time, space, language, and culture.

"A splendid 'Dialogue Concerning World Religions' between two eminent scholars and outstanding authors. Unlike the often rather 'fundamentalist' debates between fervent believers and uncompromising 'rationalists,' here we find a refreshingly profound, respectful, and truly sympathetic exchange between a secular and a sacred view of life and the world around us. Instead of simply dismissing each other's positions, Huston Smith and Henry Rosemont, Jr., set a new standard for exploring together the perennial question of why, or why not, to believe in a God 'above us'."—Hans-Georg Moeller