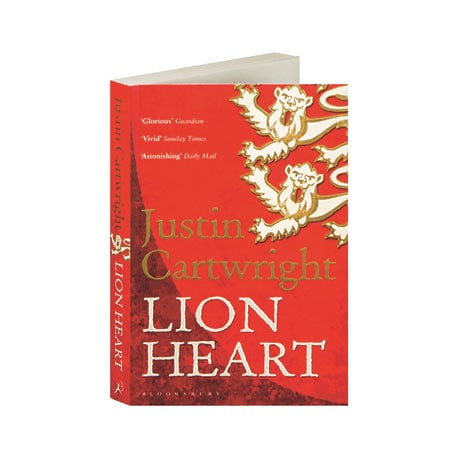 Named after Richard the Lionheart, his father's hero, Rich Cathar remembers his recently deceased father Alaric as a delusional hippy, though Alaric saw himself as an intellectual and historian. In this literate thriller from the Whitbread Award-winning author of Leading the Cheers, Rich takes up his father's quest for the truth behind the Lionheart myth and travels to Jerusalem, and there falls in love with Noor, an alluring but mysterious Canadian-Arab journalist with her own agenda. When Noor is kidnapped in Cairo, and the facts of her capture emerge, Rich stumbles upon an important document—one that could rewrite not just the history of the Crusades, but his father's and his own as well.

"Glorious.... Cartwright has the ability to elicit laughter and pity at once, while at the same time evoking a scene or atmosphere with effortless precision."—Guardian (London)

"Part love story, part grail quest, part historical detective novel.... Cartwright carries the reader through all this with the energy of his writing; people and places become so real that even the most fantastic twists in the plot become believable."—Financial Times