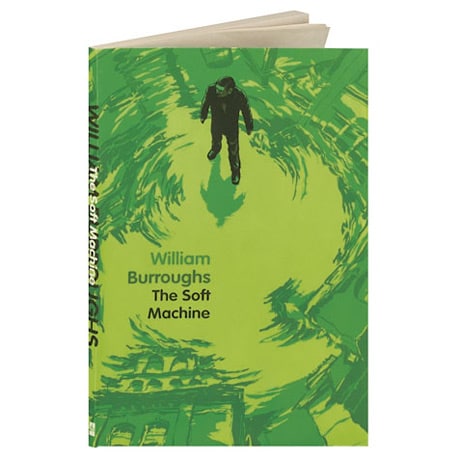 This first novel in William S. Burroughs's Cut-Up Trilogy introduces us to a world populated by hanged soldiers, North African street urchins, addicted narcotics agents, Spanish rent boys, evil doctors, corrupt judges, and monsters from both the mythology of history and the laboratories of science. Surreal, savage, and brilliantly funny, it follows Inspector Lee as he travels back in time to infiltrate a gang of Mayan priests who manipulate slaves through sound. As Will Self wrote in London's Guardian newspaper, the book reveals Burroughs's "superb, hard-edged satirical vision of cancerous and addictive consumerism; his elegiac and poetic invocations of sadness and dislocation; his enormous fertility of ideas and imagery." One of the original and most influential Beat writers, Burroughs was a pioneer of the "cut-up" technique, creating spontaneous writing by cutting up existing manuscripts and randomly rearranging them. In the early 1960s, following the publication of his scandalous novel Naked Lunch, Burroughs embarked on what would be called the Cut-Up Trilogy or the Nova Trilogy, producing three novels that follow an agent named Lee and his encounters with members of the Nova Mob.