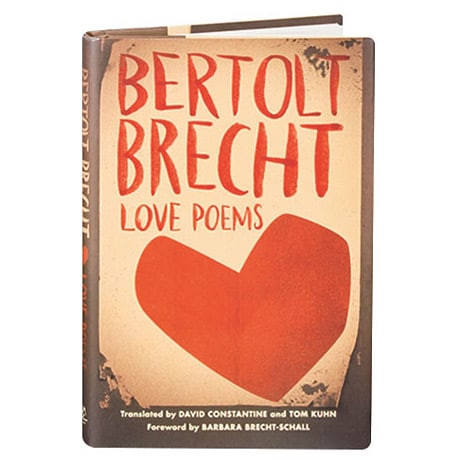 Best known to the English-speaking world for the play The Caucasian Chalk Circle and the libretto to The Threepenny Opera, Bertolt Brecht (1898–1956) has long been considered by German audiences to be one of their finest 20th-century poets. Chronicling a lifetime of romance and lust—with quite a few written from a feminine vantage point—the 78 poems here include "Baal's Song," "The Song of Surabaya-Johnny," "Remembering Marie A.," "Sauna and Sex," "The Actress in Exile," and "King Jeh Said of His Sister." The poet's daughter Barbara Brecht-Schall contributes an affectionate foreword, while in their introduction, translators David Constantine and Tom Kuhn delve into this important aspect of Brecht's legacy.