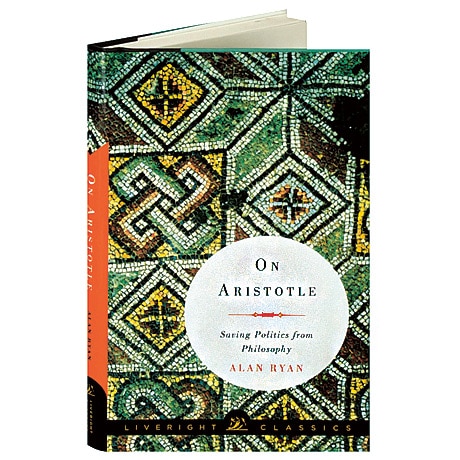 The author of On Politics as well as biographies of John Dewey and Bertrand Russell, political theorist Alan Ryan here offers an essential and accessible introduction to Plato's most famous student and sharpest critic, whose writing has helped shape Western philosophy, science, and religion. Aristotle was the first thinker to posit that a society should be ruled by laws and not men, and in Nicomachean Ethics and Politics—both excerpted here—he delineated the ideal virtues of a both public and private life, and critiqued the utopian antipolitics of his former teacher. For Aristotle, life in a polis was the natural state of man and provided the greatest opportunity for human beings to fulfill their potential.

"Though Aristotle wrote broadly on all sorts of subjects—his influence on science alone is profound—Ryan's focus is on his political thought, where his influence is no less dramatic. In part, Ryan's project is to redeem Aristotle's political thought for modern audiences, who may be put off by the messiness and inaccessibility of his works, as well as Aristotle's premodern opinions on slavery, women, and the inherent justice of societal hierarchy. And yet, as Ryan reminds us, though Aristotle's conceptions of a free society and political freedom are not the same as ours today, they are not entirely different from ours either, and his fundamental concern—how to live a good life in society—remains a pressing question.... Ryan's erudite and engaging introduction is followed by substantial extracts from Aristotle's political works, making this text ideal for classroom use."—Booklist