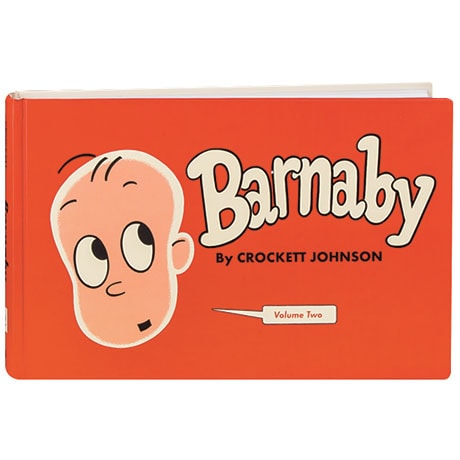 Though best known as the creator of Harold and the Purple Crayon and its sequels, Crockett Johnson's first triumph was a wryly thoughtful, slyly observant newspaper comic strip starring a five-year-old boy named Barnaby Baxter and his cigar-chomping fairy godfather J.J. O'Malley. Fantagraphics's second volume of collected Barnaby strips spans the years 1944–45, in which the fast-talking O'Malley takes Barnaby on a trip to Washington, D.C., as he serves a term in Congress. Also, Gus the Ghost and O'Malley follow the Baxters to their seaside cottage, enlisting Barnaby to join them on a treasure hunt, while other misadventures include a jaunt to Wall Street and encounters with ermine hunters and soap salesmen. Cartoonist and New Yorker cover artist Daniel Clowes, a huge Barnaby fan, designed this gorgeous anthology, which includes a foreword by Jules Feiffer.