The Triumph of the Sea Gods: The War Against the Goddess Hidden in Homer's Tales 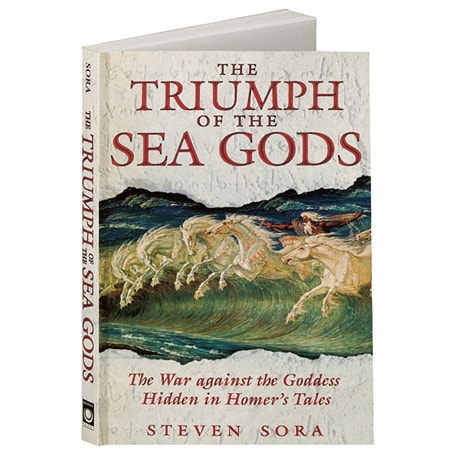 The Triumph of the Sea Gods: The War Against the Goddess Hidden in Homer's Tales

In the approximately 2800 years since Homer composed The Iliad, the seminal epic has been repeatedly scrutinized for its historical basis; here, Steven Sora argues compellingly that Homer's tales do not describe a war in the ancient Near East, but are adaptations of Celtic myths chronicling an Atlantic coastal war that took place off the Iberian Peninsula around 1200 BC. The triumph of patriarchal sea-peoples over the goddess-oriented Celtic culture in present-day Portugal wrought destruction and ideological changes throughout the Mediterranean, and in these events Sora discerns both the seeds of the Atlantis legend and the source of misogyny in the Greek myths.

"Steve Sora boldly confronts one of the seminal events of Western civilization to debunk long-held assumptions concerning the Trojan War. The fresh perspective that emerges removes the tale from its classical location on the Aegean shores of Asia Minor and moves it to the lost civilization described by Plato, a task Sora accomplishes with dramatic clarity and thought-provoking credibility."—Frank Joseph