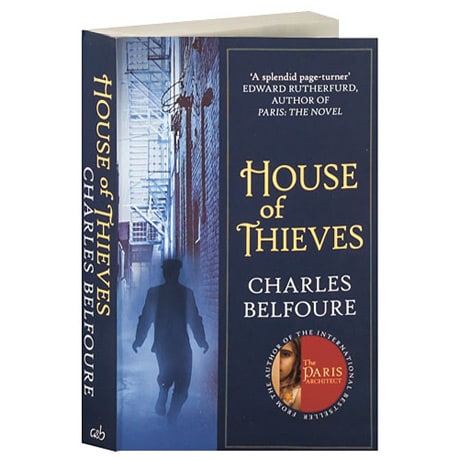 In 1886 New York, a respectable architect shouldn't have any connection to the notorious gang of thieves and killers that rules the underbelly of the city, but when John Cross's son racks up a gambling debt to Kent's Gents, Cross must pay it back himself, in this 2015 thriller by the bestselling author of The Paris Architect. Using his inside knowledge of high society mansions and museums to craft a robbery that even the smartest detectives won't be able to solve, Cross soon becomes invaluable to the gang, but the architect's entire life has become a balancing act, and it will only take one mistake for it all to come crashing down.

"Charles Belfoure sees New York's Gilded Age with an architect's eye and evokes the atmosphere wonderfully. Familiar figures like the legendary Mrs. Astor and Stanford White help set the scene, but in no time at all a sinister intrigue begins, and Belfoure leads us on a splendid page-turner."—Edward Rutherford

"Belfoure's sly, roguish writing opens a window to those living both gilded and tarnished lives... Best of all, Belfoure holds together each and every thread of the novel, resulting in a most memorable, evocative read."—Publishers Weekly (starred review)