The Curse of the House of Foskett: The Gower Street Detective, Book 2 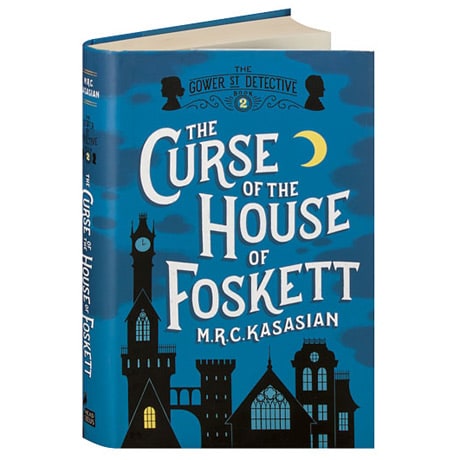 The Curse of the House of Foskett: The Gower Street Detective, Book 2

Sidney Grice once had a reputation as Victorian London's most perspicacious personal detective—though after his last case, in which an innocent man was led to the gallows, business has been rather light at 125 Gower Street. As this sequel to The Mangle Street Murders opens, Grice has grown listless and depressed, lying in the bath for hours at a time. He will pick up neither book nor newspaper, and he has not even bothered to re-insert his glass eye. All of this leaves his ward, March Middleton, to dine on her own. But Grice perks up considerably after an eccentric member of the Final Death Society drops dead in the study; finally, he and March have an investigation to mount—one that will draw them to an eerie house in Kew, and the mysterious Baroness Foskett.

"Grice, with his oozing eye socket, and March, with her love of cigarettes, gin flasks and occasional bets, are hardly the typical crime-solving duo. [M.R.C.] Kasasian's sequel is as witty and imaginative as his debut, if you like your humor dark and your delights grotesque."—Kirkus Reviews

"Kasasian deepens the mystery of the relationship between his decidedly non–Holmes and Watson duo in his superior second whodunit set in late Victorian London. Kasasian again successfully blends the gruesome and the humorous."—Publishers Weekly (starred review)