Mrs Robinson's Disgrace: The Private Diary of a Victorian Lady 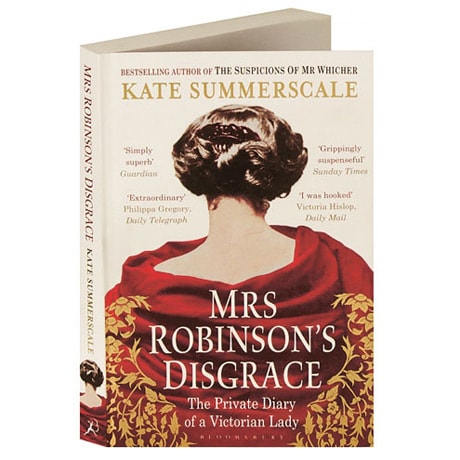 Mrs Robinson's Disgrace: The Private Diary of a Victorian Lady

Headstrong, high-spirited, and already widowed, Isabella Walker became Mrs. Henry Robinson at age 31 in 1844. Henry was a successful civil engineer, and moved Isabella and their two sons to Edinburgh in 1850, but he traveled often and behaved coldly even when home. To relieve her frustration, Isabella began recording her most passionate, sensual, and suggestive thoughts, particularly about a married doctor named Lane. When Henry found and read her diary he petitioned for divorce on the grounds of adultery. Read in court, the diary was as explosive as Flaubert's Madame Bovary, just published in France but considered too scandalous to be translated into English until the 1880s. As she did in The Suspicions of Mr. Whicher, Kate Summerscale brilliantly re-creates the Victorian world, chronicling in exquisite detail how the life of a frustrated wife upset a society clinging to rigid ideas about sanity, the boundaries of privacy, the institution of marriage, and female sexuality.

"[The author] prods, scrutinizes and examines, employing a real-life historical episode to shed light on Victorian morality and sensibilities.... The end of the court case is surprising, and to give it away would be an insult to Summerscale's cleverly constructed narrative. But she stresses that one thing is clear: the diary 'may not tell us, for certain, what happened in Isabella's life, but it tells us what she wanted'."—NYTBR