The Tower of London: A Three-Dimensional Expanding Pocket Guide 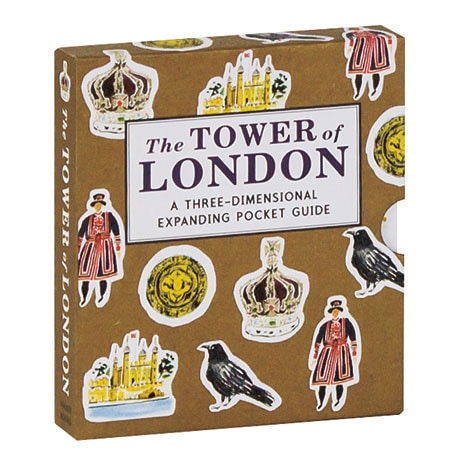 The Tower of London: A Three-Dimensional Expanding Pocket Guide

Overlooking the city for more than'00 years, the Tower of London has variously served as a fortress, royal palace, prison, and place of execution, as well as an arsenal, royal mint, jewel house, and even a zoo. This petite, accordion-folded book unfolds to reveal 12 different features hidden within the Tower's forbidding walls, from the Jewel House, where the Crown Jewels and other royal regalia are kept in a viewable vault, to the Ravenmaster and his seven ravens, housed there since the reign of Charles II. Each feature is depicted in a pop-up watercolor illustration by Nina Cosford; you can page through the book to see them one by one, or stretch it out along a shelf or table for a 40-inch-long 3-D tableau. The book includes a 4 × 4½–inch slipcase for storage.