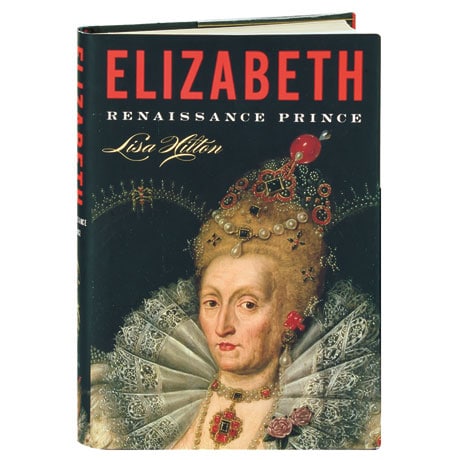 Queen Elizabeth I had no compunctions about playing on courtly conventions of gender when it suited her political purpose, and here Lisa Hilton offers ample evidence why Elizabeth's famous excuses for her "weak and feeble woman's body" should not be taken at face value. She saw herself not as an exceptional woman, argues Hilton, but rather as an exceptional ruler in the manner of Machiavelli's The Prince, which Elizabeth surely had read. Hilton depicts a queen whose European contemporaries saw her as the illegitimate ruler of a pariah nation, yet who adopted new concepts of statecraft to become England's first recognizably modern monarch.

"There is no shortage of biographies of Britain's Elizabeth I (1533–1603), but readers should pay attention to this thoughtful, often ingenious account. British novelist and historian Hilton agrees that Elizabeth stood out because she was a woman, but she claims that biographers often focus on her femininity to the exclusion of qualities shared by fellow rulers. Elizabeth's intellectual upbringing 'gave her a princely self-image not in the least circumscribed by femininity.' She referred to herself as '"a prince from a line of princes," even when those princes were not necessarily male.' Hilton emphasizes that the 16th century marked the end of the medieval concept of 'chivalric kingship,' which taught that rulers governed according to Christian tenets. When they lied, cheated, or murdered, this was shameful. A Renaissance prince, besides being more educated, understood that in the service of preserving the state, immoral actions were not only essential, but ethical. This was reflected, of course, in Machiavelli's The Prince (first distributed in 1513 but not published until 1532), which was universally read, denounced, and heeded, most skillfully by Elizabeth. With regular nods to Machiavelli, Hilton delivers an enthralling account of a life and reign during which Elizabeth dealt with murderous rival claimants and fended off superpower Spain, a fiercely hostile Papacy, and an increasingly intolerant, stingy Parliament. She was lucky and charismatic, chose competent advisers, never forgot the limitations of her power, and left England far more united and self-confident. Despite this, it took 20 years of experience of her successor, James I, before Britons wistfully realized that Elizabeth had presided over a golden age, an opinion Hilton does not reject. Mildly revisionist, well-argued, and thoroughly satisfying."—Kirkus Reviews (starred review)