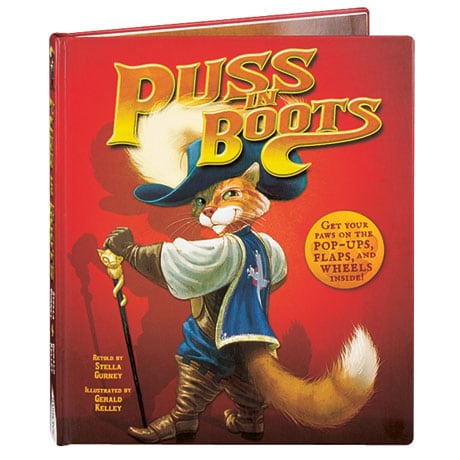 Illustrated with large paintings full of clever details and characterizations, as well as pull-tabs, flaps to lift, a mini book, and a pop-up finale, this re-telling of Charles Perrault's Puss in Boots is full of charm and surprises for readers and listeners up to 8. The miller's lazy youngest son may only have inherited a cat, but the cat turns out to be a treasure when he dons a handsome pair of boots and tells everyone he serves the Marquis of Carabas. Along with the tale itself, the book includes hilarious additions like feline fashion notes, a book-within-a-book titled The Legend of the Ogre of Montoya, an invitation to a Monsters' Ball, and hidden characters from other fairy tales.