The Civil War: A Narrative: Fort Sumter to Perryville 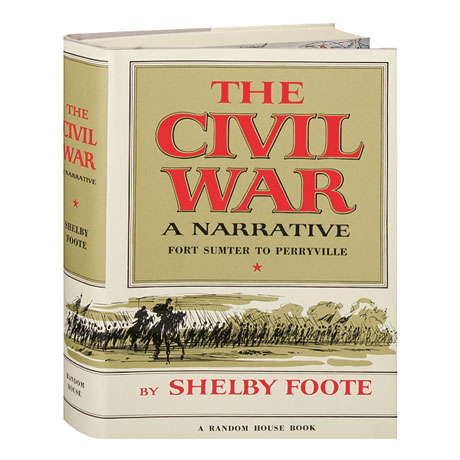 The Civil War: A Narrative: Fort Sumter to Perryville

The millions of viewers who watched Ken Burns's PBS series on the Civil War often heard the words of Shelby Foote. His three-part history, which opened with this volume in 1958, gives us the national drama as a sweeping epic, where every general and statesman has his place amid the sights, smells, and sounds of the conflict. The book begins with Jefferson Davis's farewell to the United States Senate and ends on the bloody battlefields of Antietam and Perryville, as the full, horrible scope of America's great war becomes clear. This handsome deckle-edged edition includes hand-drawn maps and color endpaper maps.

"This, then, is narrative history—a kind of history that goes back to an older literary tradition.... The writing is superb."—Washington Post Book World