Let Me Be Frank with You: A Frank Bascombe Book 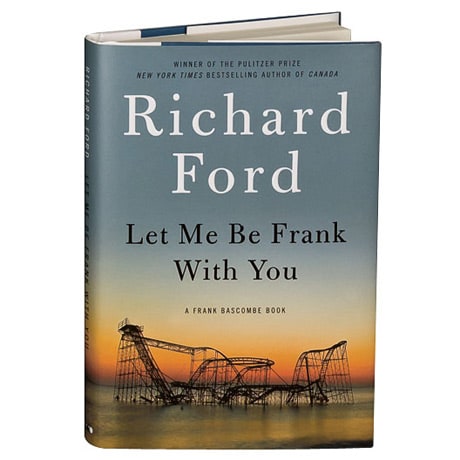 Let Me Be Frank with You: A Frank Bascombe Book

(One of the New York Times Book Review's Notable Books of 2014) Returning to the world of Frank Bascombe—that singular chronicler of American life at the center of The Sportswriter, The Lay of the Land, and the Pulitzer Prize and PEN/Faulkner Award winner Independence Day—Richard Ford drops us into the chaos and upheaval after Hurricane Sandy tears through suburban Haddam, New Jersey. In these four linked novellas, Bascombe, now 68, seems to thrive in the desolation. Wry, profane, touching, wise, and often inappropriate, Bascombe (and Ford) consider the aspirations, sorrows, longings, achievements, and failings of Americans in the new century, and is unafraid to say (often hilariously) what many of us are thinking but few will voice aloud.