Wouldn't It Be Deadly: An Eliza Doolittle and Henry Higgins Mystery 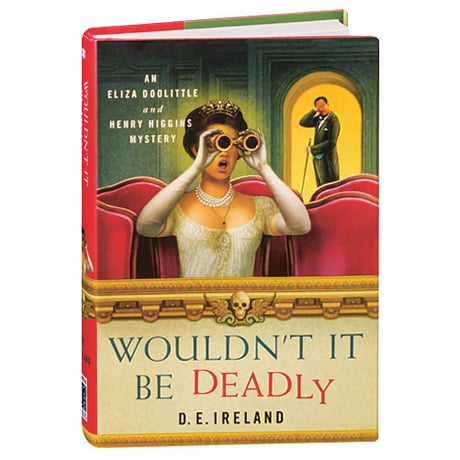 Wouldn't It Be Deadly: An Eliza Doolittle and Henry Higgins Mystery

Following her successful appearance at an embassy ball—where she helped Professor Henry Higgins win his bet that he could teach a Cockney flower girl to pass for a duchess—Eliza Doolittle becomes an assistant to Higgins's rival Emil Nepommuck, in this lighthearted mystery starring the beloved characters from George Bernard Shaw's Pygmalion (and the Broadway musical My Fair Lady). After Nepommuck publicly claims that he turned Eliza into a lady, and an enraged Higgins proves him to be a fraud, poor Professor Higgins becomes the prime suspect when Nepommuck is found with a dagger in his back.

"A madcap, intricate mystery combines with rich historical detail, a hilarious ending, and, most of all, the author's fine re-creation of the delightful cast from My Fair Lady. Broadway fans looking for something new will enjoy this treat."—Booklist