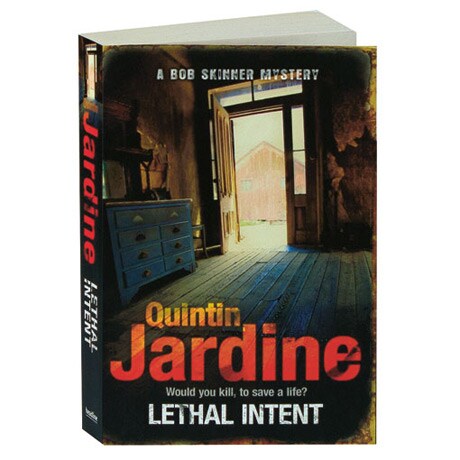 Somewhere in Scotland the unthinkable is about to happen, in this 15th mystery in the John Creasey Award–nominated series (following Stay of Execution). Albanian gangsters have infiltrated Edinburgh, and—unknown to Deputy Chief Constable Bob Skinner—MI5 has set up a drug-dealing sting to flush them out. Through the resulting mayhem, however, the agency and the police discover that the Albanians have a much larger objective, and the Royal Family is in danger. Meanwhile the son of a policeman is found dead in the shadow of Edinburgh Castle, another officer loses a daughter, and a third witnesses his son being abducted. And if that weren't enough on Skinner's plate, Scotland's unscrupulous First Minister stages a takeover of the country's police. One of Scotland's top cops, and certainly one of the toughest, Skinner often personally oversees the investigations out of his old CID office in this gritty procedural series—the first book of which, Skinner's Rules, was nominated for the CWA's John Creasey Award for Best First Crime Novel of 1993. Himself a crusty Scot, Quintin Jardine follows his irascible detective through professional and personal travails.