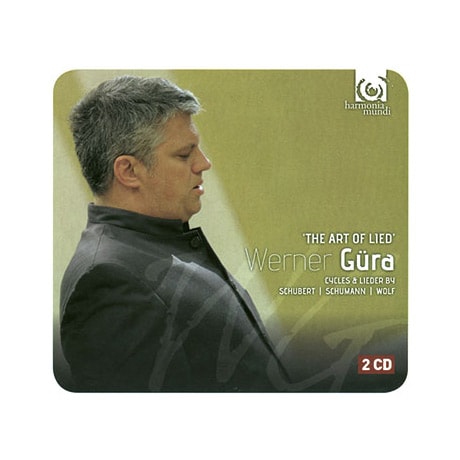 A tenor who has been compared to Fritz Wunderlich and Peter Schreier, Werner Güra is heard here on some of the defining works of Romantic lieder, the repertoire he loves best. Excerpts from Robert Schumann's Dichterliebe ("A poet's love") and Hugo Wolf's Mörike-Leider are accompanied by Franz Schubert's Schwanengesang ("Swan Song"), a haunting song cycle whose lyrics are drawn from the works of such writers as Heinrich Heine—perhaps the pre-eminent German poet of the era—as well as Ludwig Rellstab and Johann Gabriel Seidl.