Jonathan Kreisberg: The South of Everywhere 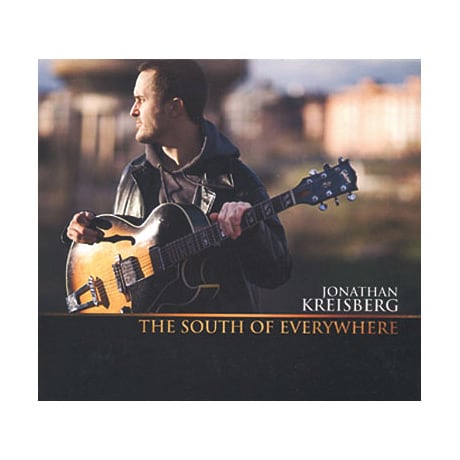 Jonathan Kreisberg: The South of Everywhere

With his sure sense of groove and his insistently melodic compositions, Brooklyn-based guitarist Jonathan Kreisberg has earned a glowing reputation as a songwriter, bandleader, and live performer. Calling to mind the accessible bop of Monk and Coltrane, Kreisberg excels here on his own "Strange Resolutions," "Altered Ego," "Elena," "Funeral for the Ants," and the world music–inspired "Kiitos," which features exceptional percussion from Mark Ferber. On this 2007 disc, Kreisberg also shows his respect for two jazz standards with a rendition of Irving Berlin's "The Best Thing for You," and a gentle solo version of "Stella By Starlight" in 7/4 time.

"Young and gifted jazz guitarists lurk around every corner these days. New York native Jonathan Kreisberg has managed to stand out by making genuinely distinctive recordings…. Kreisberg's interest in odd meters is often apparent; a slowly unfurling but ultimately swift 7/8 version of 'Stella by Starlight' is a vibrant example…. Ultimately, though, the original compositions exert the strongest pull. Nothing on the album is more intriguing than 'Kiitos,' a multifaceted quintet performance charged by Will Vinson's keening alto sax and Kreisberg's burning intensity. The alluring 'Elena,' in sharp contrast, is a spacious minor-key ballad distinguished by the guitarist's glowing tone and lyrical phrasing."—Washington Post