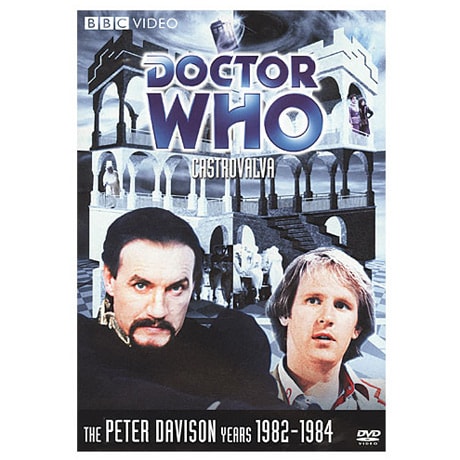 In this serial from 1982, a weakened Doctor (Peter Davison, debuting in the role) travels with his companions Nyssa (Sarah Sutton) and Tegan (Janet Fielding) to the city of Castrovalva, renowned for its healing powers. Separated from his friends, however, the Doctor falls into a trap devised by his nemesis, the Master (Anthony Ainley). Setting the standard for science fiction on television with its imaginative plots, intelligent scripts, and creative special effects, Doctor Who has been a cult favorite for more than 50 years, airing from 1963 to 1989, then triumphantly returning in 2005. Played by various actors over the course of the series, the Doctor travels through space and time, exploring the universe and using his ingenuity to thwart evildoers. This disc is part of a series of classic episodes, each of which features such extras as audio commentary, cast interviews, and making-of featurettes.