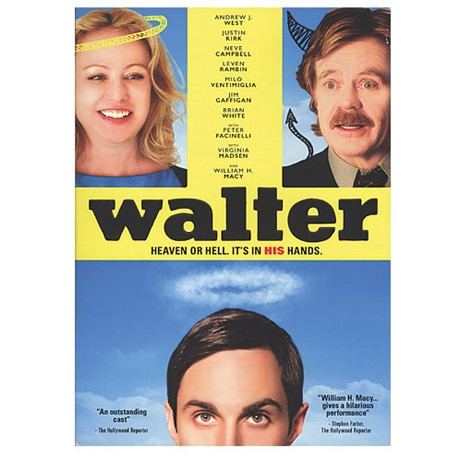 In this fantastical comedy/drama from 2015, a ticket taker at a podunk cinema (Andrew J. West) believes he has been chosen to decide the eternal fate of everyone he encounters. Walter lives with his equally kooky mother (Virginia Madsen), who still irons and folds his clothing and cooks mounds of scrambled eggs at every meal.

"Aided by an irreverent local shrink (William H. Macy), Walter spends most of the movie dealing with unfinished business, helping a stranded soul (Justin Kirk) only so he can figure out if he's damned or not, while getting to the bottom of a mystery involving a local nurse (Neve Campbell) with an ambiguous connection to Walter's dead dad (Peter Facinelli). Macy brings just the right amount of quirk to his highly unprofessional-sounding therapy sessions.... Flashbacks depicting Walter as a carefree kid ... hold the key to the movie's surprisingly cathartic payoff."—Variety