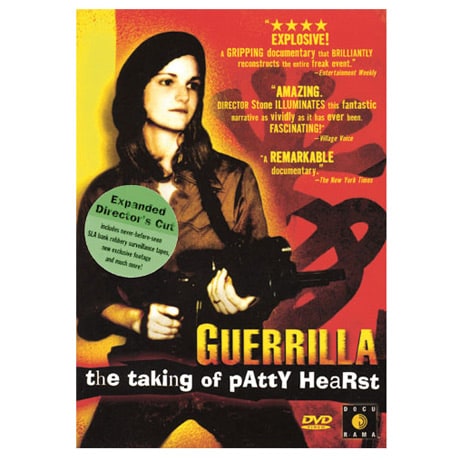 In 1974, Patty Hearst was abducted by the radical leftist Symbionese Liberation Army, who stipulated that they would release the heiress only after a food distribution system for the poor had been established. This "superbly researched and constructed" (Variety) 2004 segment from PBS's American Experience draws upon interviews with surviving SLA members in an attempt to understand Hearst's eventual collaboration with the group in a series of crimes, while also examining how they skillfully manipulated the media to popularize their cause, establishing a precedent for other fringe groups. Extras include director's commentary, deleted scenes, and security camera footage of Hearst participating in the 1974 Hibernia Bank robbery.