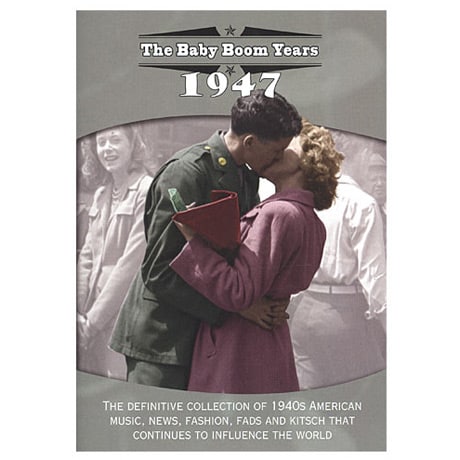 Even as the Truman Doctrine initiates a major escalation of the Cold War, venomous anti-Communist Congressional hearings bring the struggle to the home front. Breaking baseball's color barrier, Jackie Robinson changes the face of American sports forever. Along with a performance by mime Marcel Marceau, here is a look at the successful book and film adaptation of Gentleman's Agreement, which brings attention to the issue of anti-semitism. This disc is part of a series that surveys a prosperous but often bewildering era, using archival news footage, film clips, and commercials to evoke familiar—or perhaps forgotten—memories of some of the century's most significant politicians, athletes, and celebrities. DVD extras include trivia, movie trailers, and performances.