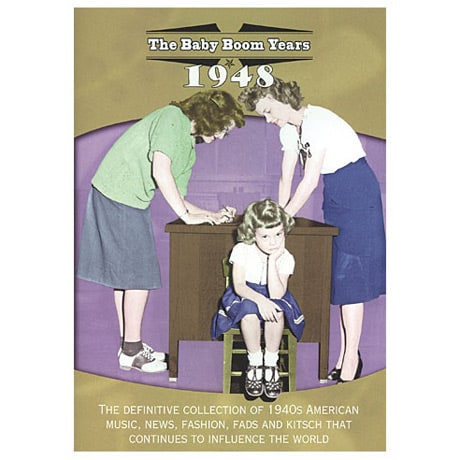 The tense standoff of the Berlin airlift is offset by the London Olympics, a bid for international unity. An era passes in India with the assassination of Mohandas Gandhi, while the establishment of the modern nation of Israel changes the balance of power in the Middle East. Triple Crown winner Citation is profiled here, and Moira Shearer debuts in the film extravaganza The Red Shoes. This disc is part of a series that surveys a prosperous but often bewildering era, using archival news footage, film clips, and commercials to evoke familiar—or perhaps forgotten—memories of some of the century's most significant politicians, athletes, and celebrities. DVD extras include trivia, movie trailers, and performances.