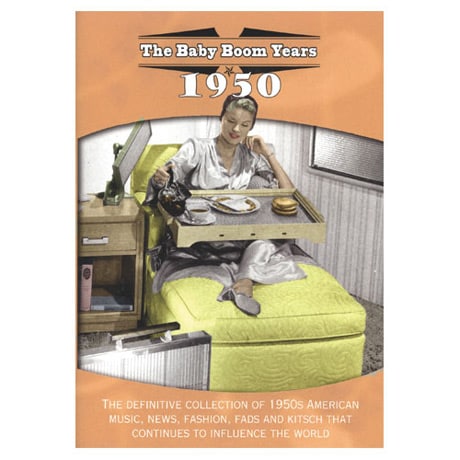 President Truman defends American intervention in Korea, while the Soviet Union signs a pact with China. Consumerism reaches a fever pitch, exemplified here by ads for Silly Putty and Alka-Seltzer, as well as a commercial in which Ronald Reagan asks shoppers to "shop early and mail your Christmas packages now." Having recovered from an accident that could have ended his career, golfer Ben Hogan triumphs at the U.S. Open; Bette Davis comments on All About Eve, which achieves unprecedented success at the Academy Awards; and Nat King Cole is shown performing his chart-topping hit "Mona Lisa." This disc is part of a series that surveys a prosperous but often bewildering era, using archival news footage, film clips, and commercials to evoke familiar—or perhaps forgotten—memories of some of the century's most significant politicians, athletes, and celebrities. DVD extras include trivia, movie trailers, and performances.