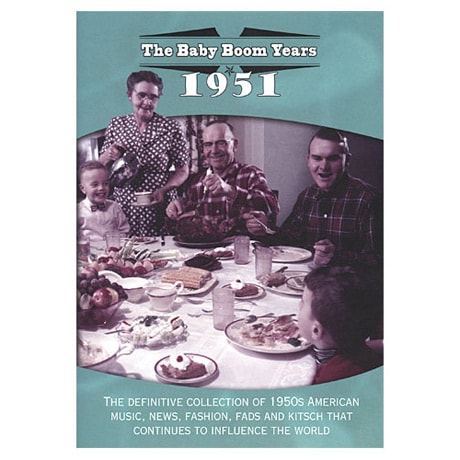 Radio Free Europe expands its efforts to reach listeners behind the Iron Curtain and New Yorkers participate in a chilling air raid defense drill, while Julius and Ethel Rosenberg's prosecution for espionage underscores ominous developments in the arms race. The gripping drama A Place in the Sun shows a new, dark side of Hollywood; Les Paul and Mary Ford duet on "The World Is Waiting for the Sunrise"; and young women avidly compete in the Miss America pageant, a homemakers' competition, and even professional wrestling. This disc is part of a series that surveys a prosperous but often bewildering era, using archival news footage, film clips, and commercials to evoke familiar—or perhaps forgotten—memories of some of the century's most significant politicians, athletes, and celebrities. DVD extras include trivia, movie trailers, and performances.