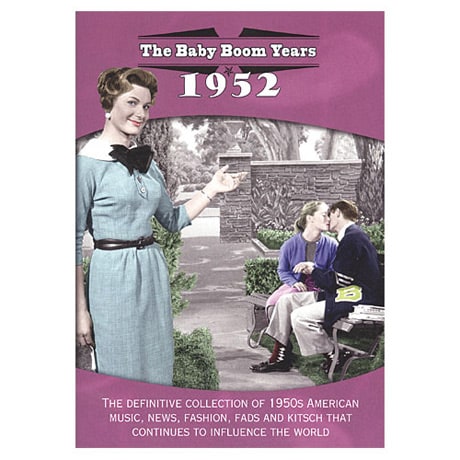 A thoughtful President Truman explains his decision not to run for re-election, as Elizabeth II ascends to the British throne. Even in black and white, a short feature depicting a hydrogen bomb test remains mesmerizing today; rarely seen footage of mice and a monkey sent into the stratosphere by the Air Force is likewise astonishing. Here too are deadpan ads for Fruit of the Loom underwear and a rather primitive version of Mr. Potato Head, which required you to provide your own spud. This disc is part of a series that surveys a prosperous but often bewildering era, using archival news footage, film clips, and commercials to evoke familiar—or perhaps forgotten—memories of some of the century's most significant politicians, athletes, and celebrities. DVD extras include trivia, movie trailers, and performances.