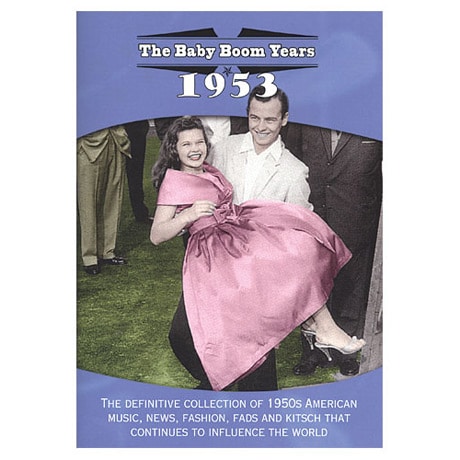 With its solemnity and grandeur, the coronation of a British monarch is always awe-inspiring; here Elizabeth II is crowned queen as four-year-old Charles looks on. Here too are Edmund Hillary conquering Mount Everest, John F. Kennedy marrying Jacqueline Bouvier, and Marilyn Monroe inciting a near riot among the GIs with a performance of "Diamonds Are a Girl's Best Friend." This disc is part of a series that surveys a prosperous but often bewildering era, using archival news footage, film clips, and commercials to evoke familiar—or perhaps forgotten—memories of some of the century's most significant politicians, athletes, and celebrities. DVD extras include trivia, movie trailers, and performances.