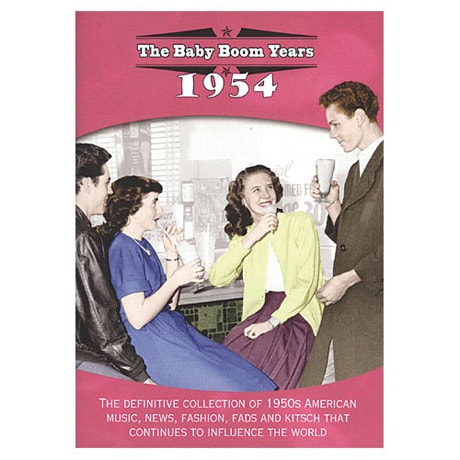 In this look back at 1954, Pius X is raised to sainthood and Judy Garland attains the pinnacle of success in A Star Is Born, but Senator Joe McCarthy experiences a sudden downfall. Audrey Hepburn appears in Sabrina, and alongside husband Mel Ferrer, films a fundraising plea for an anti-cancer campaign. Big Joe Turner is also included, singing a fiery version of "Shake, Rattle and Roll." This disc is part of a series that surveys a prosperous but often bewildering era, using archival news footage, film clips, and commercials to evoke familiar—or perhaps forgotten—memories of some of the century's most significant politicians, athletes, and celebrities. DVD extras include trivia, movie trailers, and performances.