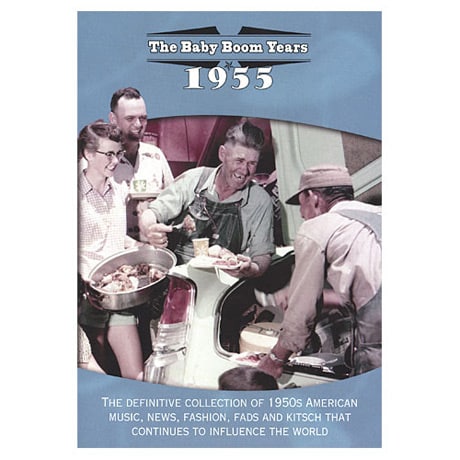 Marilyn Monroe cements her status as an icon with The Seven Year Itch, while Bill Haley heralds the staying power of rock 'n' roll with "Rock Around the Clock." In one of the scientific breakthroughs of the century, Jonas Salk creates a vaccine for polio, and Rosa Parks quietly stakes a claim to racial equality. The all-seeing eye of TV introduces home viewers to the Tour de France and the Running of the Bulls, while James Dean—fresh from the set of Giant and with only months to live—is interviewed about his passion for racing. This disc is part of a series that surveys a prosperous but often bewildering era, using archival news footage, film clips, and commercials to evoke familiar—or perhaps forgotten—memories of some of the century's most significant politicians, athletes, and celebrities. DVD extras include trivia, movie trailers, and performances.