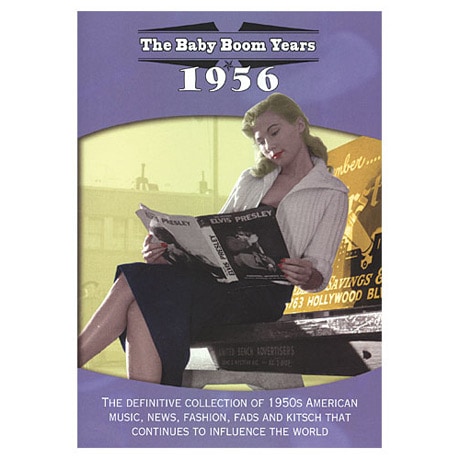 Recovering from a heart attack, President Eisenhower contends with the Suez Crisis, while the Soviet Union brutally quells dissident uprisings in Eastern Europe. After an epic struggle, the Dodgers finally defeat the Yankees in the World Series. The year 1956 had its share of memorable commercials, and here are some samples from Marlboro, Ovaltine, and Raid Bug Spray. This disc is part of a series that surveys a prosperous but often bewildering era, using archival news footage, film clips, and commercials to evoke familiar—or perhaps forgotten—memories of some of the century's most significant politicians, athletes, and celebrities. DVD extras include trivia, movie trailers, and performances.