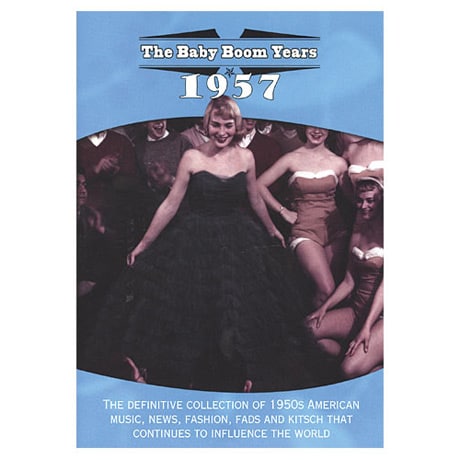 After Laika the dog becomes the first living creature to orbit the Earth, American scientists scramble to keep pace in the space race. Elvis Presley takes up acting, Joanne Woodward tearfully accepts an Oscar for her role in The Three Faces of Eve, Ronald Reagan sells electric lights in an extended TV ad, and Marlon Brando is hypnotic in his plea for aid to Soviet-occupied Hungary. This disc is part of a series that surveys a prosperous but often bewildering era, using archival news footage, film clips, and commercials to evoke familiar—or perhaps forgotten—memories of some of the century's most significant politicians, athletes, and celebrities. DVD extras include trivia, movie trailers, and performances.