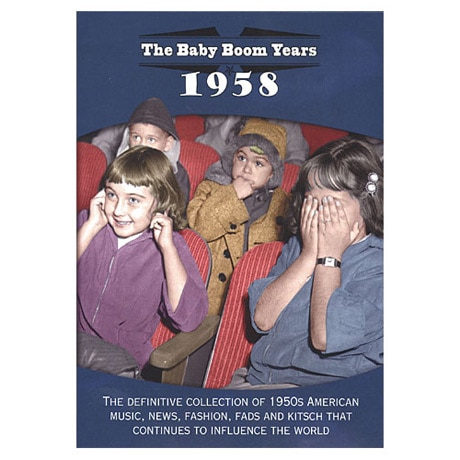 In a bid to launch a satellite, America begins its Explorers program and Richard Nixon endures a harrowing tour of South America, while pianist Van Cliburn wows the Russians at the Tchaikovsky Competition. In the wake of Elvis Presley—who starred in King Creole and enlisted in the Army in 1958—the number of rock stars grows exponentially in this look at this year of change. This disc is part of a series that surveys a prosperous but often bewildering era, using archival news footage, film clips, and commercials to evoke familiar—or perhaps forgotten—memories of some of the century's most significant politicians, athletes, and celebrities. DVD extras include trivia, movie trailers, and performances.