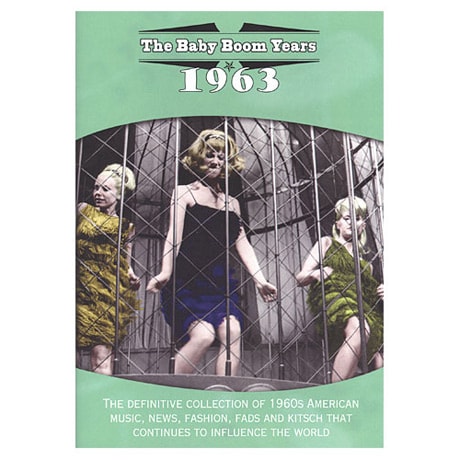 John F. Kennedy dares America to rise above racism and gives a rousing speech in Berlin, but is shot in Dallas in November; filmed interviews with American citizens just hours after the assassination are among the rarities here. A clip from Martin Luther King's "I Have a Dream" speech is included here as well, while Frank Sinatra Jr. gives an account of his kidnapping. This disc is part of a series that surveys a prosperous but often bewildering era, using archival news footage, film clips, and commercials to evoke familiar—or perhaps forgotten—memories of some of the century's most significant politicians, athletes, and celebrities. DVD extras include trivia, movie trailers, and performances.