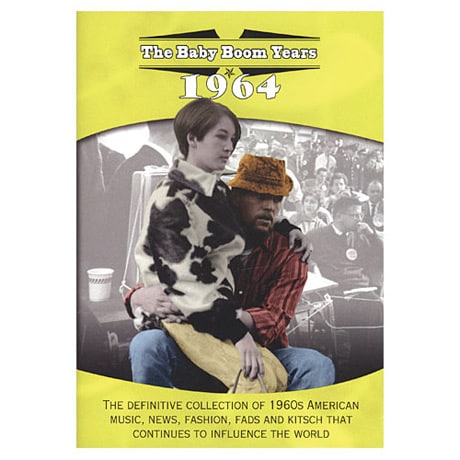 A strident Lyndon Johnson wins re-election in a landslide, but it is the Beatles who truly conquer America in 1964. The Indianapolis 500 is marred by a fiery series of crashes, while Peter Sellers finds his ideal vehicle in The Pink Panther, and—elegant as always—Sidney Poitier discusses The Lilies of the Field. Commercials seek ever more creative approaches in 1964, as shown here in pitches for Diet Pepsi, Trix cereal, G.I. Joe, and a very sexy ad for Brylcreem. This disc is part of a series that surveys a prosperous but often bewildering era, using archival news footage, film clips, and commercials to evoke familiar—or perhaps forgotten—memories of some of the century's most significant politicians, athletes, and celebrities. DVD extras include trivia, movie trailers, and performances.