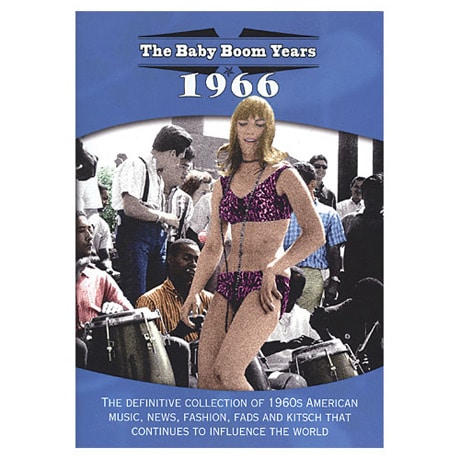 Mao Zedong launches China's Cultural Revolution, 17-year-old skater Peggy Fleming makes her name at the World Championships, and Truman Capote popularizes the true crime genre with In Cold Blood. An American soldier explains the difficulties in tracking down the Viet Cong, in a sequence filmed in a tense village scene. The space program is used to sell Tang—or is it the other way around?—while Louis Armstrong appears in a commercial for a baby doll. This disc is part of a series that surveys a prosperous but often bewildering era, using archival news footage, film clips, and commercials to evoke familiar—or perhaps forgotten—memories of some of the century's most significant politicians, athletes, and celebrities. DVD extras include trivia, movie trailers, and performances.