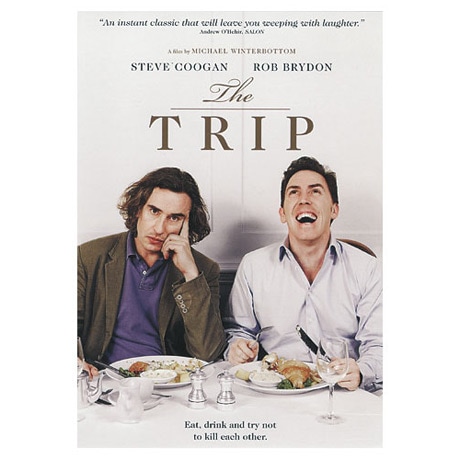 Steve Coogan is renowned for roles both lighthearted (he has won BAFTA and British Comedy awards for his portrayal of Alan Partridge, the inept, insulting, and shamlessly self-promoting talk-show host) and serious (he played journalist Martin Sixsmith alongside Judi Dench in Stephen Frears's Philomena). Here Coogan and fellow wag Rob Brydon mingle the two in a road movie from 2010 celebrating rural restaurants, male friendship/competitiveness, and mordant humor as a coping mechanism. In some of the funniest and most intelligent comedy around, the two visit the villages where Wordsworth and Coleridge lived, inspect the poets' tiny rooms, and recite passages of their early work. DVD extras include deleted scenes, a making-of featurette, and behind-the-scenes footage.

"An instant classic that will leave you weeping with laughter."—Salon

"I had some of the biggest laughs in a movie I've had all year. Four stars."—San Francisco Chronicle