When the Boat Comes In: Series One 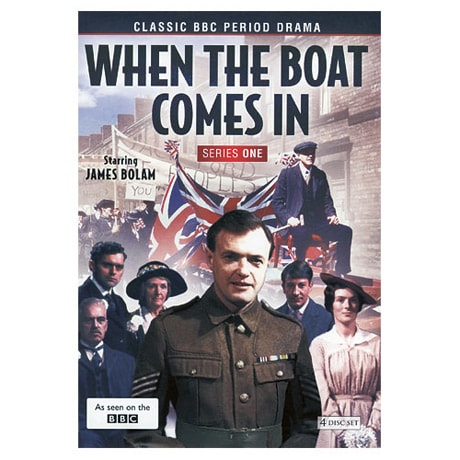 When the Boat Comes In: Series One

In this 1976–81 BBC dramatic series, Army Sergeant Jack Ford (James Bolam) returns from the Great War to his hometown of Gallowshield in industrial northern England, and finds the area rife with unemployment, labor disputes, and a feeling of apathy toward the veterans. Supported by the friendship of the Seaton family, Ford strives to help his fellow soldiers even as he makes his own way in this unfamiliar new world. This set collects all 13 episodes of series one.