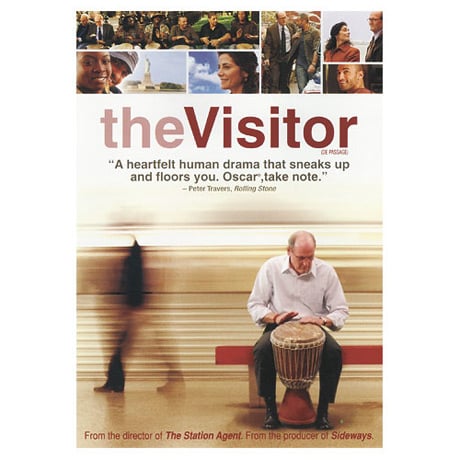 (Academy Award Nominee for Best Actor/Richard Jenkins) When Connecticut economics professor Walter Vale (Richard Jenkins) makes a rare visit to his Manhattan apartment, he is startled to find it inhabited by illegal immigrants Tarak (Haaz Sleiman) and Zainab (Danai Gurira), in this 2007 drama. Unwilling to eject the newcomers, Vale instead befriends Tarak, who teaches him how to play the djembe drum. After Tarak is mistakenly arrested and faces deportation, however, the solitary Vale cannot remain aloof; even as he seeks legal counsel for the young man, he unexpectedly becomes host to Tarak's heartbroken mother, Mouna (Hiam Abbass).

"[This film] is a heartfelt human drama that sneaks up and floors you. In only his second film as writer and director, following his acclaimed 2003 debut with The Station Agent, Tom McCarthy is already that rare talent who can work in miniature to reveal major truths."—Rolling Stone