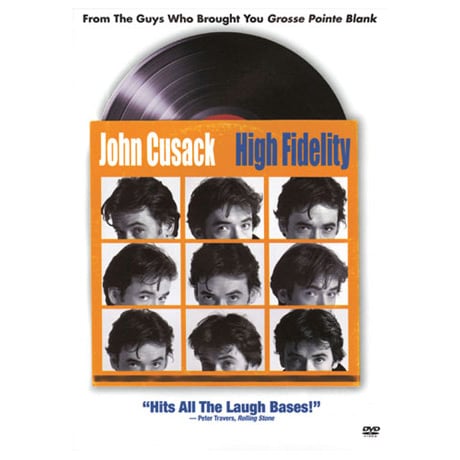 (Nominated for a Golden Globe/Best Actor (John Cusack)) When record store owner Rob Gordon (John Cusack) is dumped by his girlfriend (Iben Hjejle), he begins to wonder if he will ever understand women and find lasting happiness. Distracted by shoplifting skateboarders, the lovely singer Marie DeSalle (Lisa Bonet), and his music-snob clerks—quiet Dick (Todd Louiso) and maniacal Barry (a hilarious Jack Black)—Gordon will need some help if he is to finally grow up and win back the woman he loves. Distinguished by a fun and eclectic soundtrack that ranges from Bob Dylan to Katrina and the Waves, and from Barry White to Stereolab, this 2000 romantic comedy features cameos by Tim Roth, Joan Cusack, and even Bruce Springsteen, who offers Gordon some advice during a dream sequence. DVD extras include deleted scenes and an interview with Cusack and director Stephen Frears.

"In its unforced, whimsical, quirky, obsessive way, [this] is a comedy about real people in real lives.... I had the feeling I could walk out of the theater and meet the same people on the street—and want to, which is an even higher compliment."—Roger Ebert