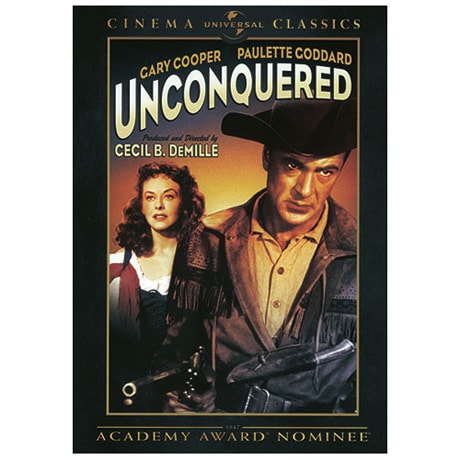 Found guilty in an English court, Abby Hale (Paulette Goddard) is offered clemency if she becomes an indentured servant in colonial America, in Cecil B. DeMille's 1947 adventure. After peaceful militiaman Captain Christopher Holden (Gary Cooper) bids for Abby and wins her freedom, weapons smuggler Martin Garth (Howard Da Silva) kidnaps Abby and absconds with her to the western frontier. If he is to save Abby again, Holden will have to outmaneuver Garth and his henchmen—not to mention the ruthless Chief Guyasota (Boris Karloff), whose tribe needs Garth's firearms to launch an attack on settlers in Fort Pitt.