Affairs of the Heart: Series Two 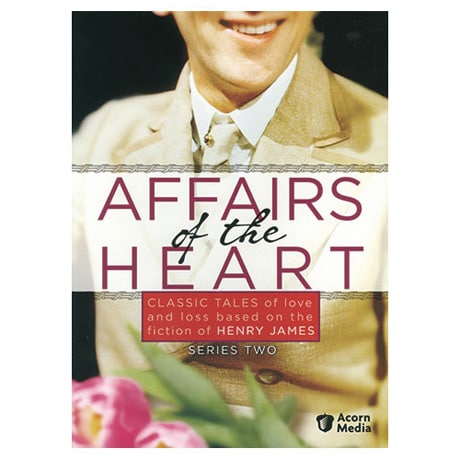 Affairs of the Heart: Series Two

Chronicling the culture clash between ambitious, provincial Americans and world-wise European aristocrats, the six segments here adapt the novellas Daisy Miller and An International Episode as well as the short stories "Lord Beauprey," "The Bench of Desolation," "Nona Vincent," and "The Great Condition," while the cast includes such British stalwarts as Derek Jacobi, Sinéad Cusack, Edward Hardwicke, and Cheryl Campbell. Originally airing on the BBC in 1974–75, this set is part of a series of superbly adapted dramatizations of James's works, capturing the subtlety and nuance of these Victorian-era tales of love and loss. In addition to the stellar casts, thse programs feature impeccable settings and dialogue.